Fr. Adam Maus will be celebrating his Mass of Christian Burial on Tuesday, January 25, 2022, at 11:00 a.m. at Our Lady of Grace Catholic Church, Minot. Deacon Dan Tuhy will be assisting. Interment will be at Rosehill Memorial Park in Minot immediately following the mass.

An Evening Vigil with Rosary, followed by a time of sharing, will be held Monday, January 24, at 7:00 p.m. at Our Lady of Grace Catholic Church in Minot. All are invited to attend.

Visitation will be Monday from 6 to 7 p.m. at Our Lady of Grace Catholic Church, Minot.

Arthur Alexander Perdue was born May 6, 1944, the son of Carl and Alvina (Nygard) Perdue, in Ray, ND. He was raised on the family farm and graduated from Ray High School in 1962.

He was once married to Carolyn (Daniel) Perdue, and together they had three children: Steven, Julie, and Michelle.

In 1964, Art began a long career working in the Cenex system of farmer-owned cooperatives. He began his first of many management assignments in Bismarck in 1968 at the age of 24. His career in management took him to Dickinson, and in 1974, he became District Marketing Supervisor for Cenex and worked out of Minot and later Velva. In 1984, he became Manager of Enerbase in Minot and retired from there in 2010.

In 2006, he married Jane (Tuhy) Erickson, and they enjoyed many years of happiness. They divided their time between Minot; Apache Junction, AZ; and their cabin at Strawberry Lake.

Art was never one to keep his talents to himself. He continued working with co-ops in his retirement years as an interim manager and consultant. He also was an excellent self-taught carpenter, and he was often busy remodeling and improving various properties around Minot and in Arizona. He was planning to return to work in North Dakota the day he passed away, ending a career that covered seven decades.

He remained active in civic and church organizations throughout his life, as well. He served as Chairman of the North Dakota Petroleum Marketers Association and was also inducted into their Hall of Fame. He served, too, as a director on the Board of the National Land O’ Lakes Co-op. He was Velva School Board President, chairman of the boards of numerous credit unions, and President of the Sertoma Club. One of his proudest professional achievements was earning the Big Wheel Award from Cenex.

In the meantime, Art’s greatest joy was spending time with his family. He especially loved showing them around the Phoenix area or loading any or all of his 10 grandchildren onto the pontoon at Strawberry Lake. They brought out of him a fun-loving lightheartedness that marked his years as “Grandpa Art.” For ultimately, his time and talent was most often being gifted to all of them – his carpentry skills were often used on his kids’ home improvement projects, and he was rarely missed at a grandchild’s special day, whether it was a sporting event or a graduation. The delight of his family was his delight, and he lived as a model of steady generosity, sincere kindness, and selfless love.

Art was a beloved husband, dad, and grandpa, and he will be dearly missed.

Art was preceded in death by his parents and brothers, John and Wayne.

The service will be livestreamed for the public to view and can be accessed from the Thompson-Larson Funeral home website: www.thompsonlarson.com 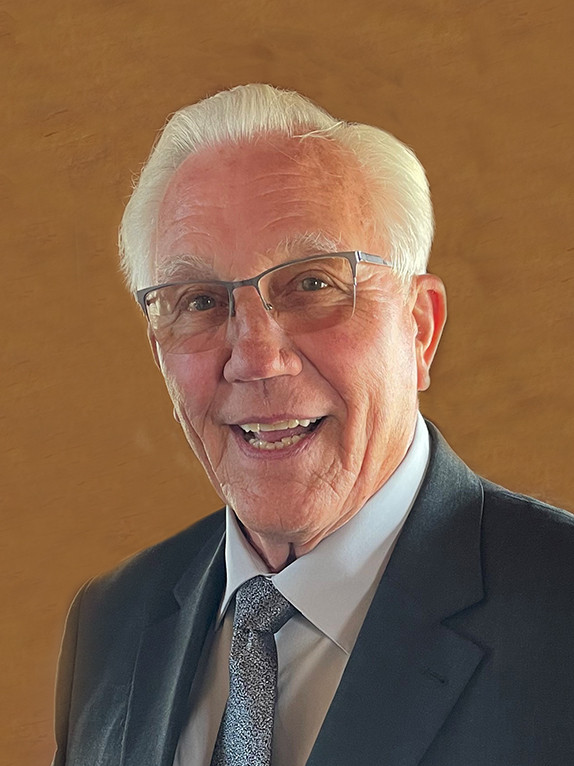