Betty M. Brydl, 85, formerly of Dickinson, died on Sunday, August 28, 2022 at Benedictine Living Center, Garrison. Betty’s Mass of Christian Burial will be at 2 p.m., Thursday, September 8, 2022 at St. Wenceslaus Catholic Church, Dickinson with Fr. Robert Shea as celebrant. Inurnment will take place at 11 a.m. MT, Friday, September 9, 2022 at the North Dakota Veterans Cemetery, Mandan. Visitation will be on Wednesday from 6 p.m. to 7 p.m. with a rosary and vigil at 7 p.m. at Ladbury Funeral Service, Dickinson with Deacon Robert Stockert presiding. Visitation will continue one hour prior to the service at the church on Thursday.

Betty M. Simek was born on November 17, 1936 in Dickinson, the daughter of Joseph and Mary (Sykora) Simek. She was raised and educated in the Dickinson area, growing up on the family farm southwest of Dickinson. She attended Wild Rose District #23 Country School.

She attended and earned her LPN degree from St. Joseph’s School of Nursing, Dickinson in 1958. Betty began a 57 year career in nursing, having worked entirely in the Dickinson community.

She loved to bowl, camp, garden and was very involved in the Dickinson volunteer fire dept auxiliary. She also continued to volunteer at the hospital. Her greatest enjoyment came from spending time with her grandchildren and the dogs.

She was preceded in death by her husband, Larry on February 1, 2018; her parents; siblings, Joseph Simek, Laudie (Mary Ann) Simek, and Shalley Simek. 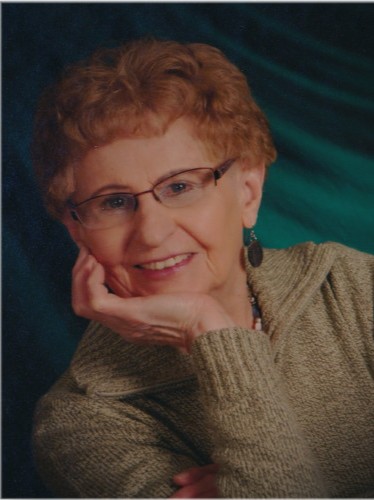