The man of the eyes you will never forget. Our beloved son, brother, dad, uncle, grandson, friend and much more. If you knew him, he always gave you a memory you would never forget.

Donny Wagner passed away at his home in Richardton, July 20, 2022. His life was taken way to soon.

Donny was born in Bismarck on April 25, 1978 to be then adopted by Ronnie and Alberta (Belile) Wagner. He grew up in Goodrich on the family farm and loved to farm with his parents. Donny then moved along with his parents to Martin. Donny attended school at BM Hanson Elementary and Harvey High School. He then moved to Bismarck and worked as the foreman for Apple Creek landscaping for many years.

Donny got married and became a father to Nicolas Wagner. his son is spitting image of him, and never stopped loving his son. Donny worked many years in Williston and Watford City as a Foreman in the oilfield. Donny later got divorced, but always wanted to be part of his son’s life, but was pushed away.

Donny moved to Richardton where he met many wonderful people and was happy and content in beautiful place. As the Boss says it; Donny was a jack-of-all trades. He worked at the Hauck Sales and Service where he cut pipe and welded with no proper safety gear by his choice. Donny did whatever it took to help keep the business going. He loved to work, but it might have taken a bit to get him there, but he definitely gave it all he had. Donny was very smart and extremely funny. He had a passion for helping people in need. Donny was one of a kind, he had no filter, but a heart of gold. Donny never wanted anyone sad or mad, it would make Donny angry. He was the one trying to make everyone laugh no matter what. It killed him to put a shirt on and as fast as he could take it off. Donny was my parents ray of sunshine, he always was doing something most people didn’t know what, but the end result was pretty amazing. Donny had a personality that you couldn’t forget. Everything was an adventure, and he was always doing something. He had a talent working on and fixing cars and much more.

He was preceded in death by Wayne and Sylvia Belile, Donny Belile, John and Alvina Wagner.

There will be a Celebration of Life Gathering at 4 p.m., Saturday, September 17, 2022 at Eagles Park in Dickinson. Donny’s Memorial Service will be at 2 p.m., Saturday, October 1, 2022 at Martin Methodist Church, Martin, North Dakota. 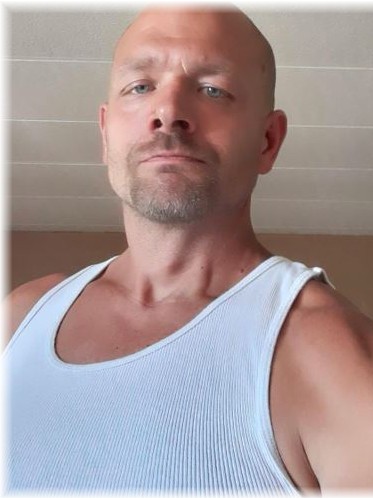