Dorothy L. Herold, 96, Dickinson, formerly of Gladstone, died unexpectedly on Sunday, December 19, 2021 at CHI St. Alexius Dickinson. Dorothy’s Mass of Christian Burial will be at 10 a.m., Wednesday, December 29, 2021 at St. Thomas Catholic Church, Gladstone with Fr. Thomas Wordekemper, OSB as celebrant. Interment will take place at St. Thomas Cemetery. Visitation will be on Tuesday from 5 p.m. to 7 p.m. at Ladbury Funeral Service, Dickinson with a rosary and vigil at 7 p.m. with Deacon Robert Bohn presiding. Visitation will continue one hour prior to the service at the church.

Dorothy Loretta Herold was born August 3, 1925 on a farm near Manning, the daughter of Stanley and Anna (Roller) Godlevsky and the second of eight children. She received her early education at a country school in New Hradec and years later finished her education in Dickinson.

Dorothy met Jacob R. Herold at a dance and a year later they were married on October 15, 1952 at St. Wenceslaus Catholic Church, Dickinson. They farmed near Manning on the Godlevsky family farm and on several farms in the Gladstone area before moving into town in Gladstone. During this time, she worked in food service for many years for local businesses like Lisko’s Diner and Paragon Bowl as a cook. As a banquet cook at the Paragon, she honed her skills for cooking for large groups. Dorothy used these skills when she became the hot lunch cook at Gladstone Elementary School and later at Berg Elementary in Dickinson. Many of the children going to school in Gladstone remember Mom’s famous homemade pizza, homemade hotdog buns and fragrant cinnamon rolls. Mom had a number of tasty specialties like her amazing apple bars and apple strudel from homegrown apples, apple dumplings, poppy seed and prune-filled buns and sugar cookies at Christmas, chokecherry syrup, salsa, and an unforgettable homemade chicken rice soup. Making these specialties was often a family event she shared with her daughters. Mom often helped with making the farmer hats at the annual St. Thomas Church breakfast.

Dorothy was a self-taught seamstress. She sewed many garments for herself, her daughters, and square dance shirts for her husband, items for the home, quilts, and bridesmaid dresses. She could alter almost anything to correct a poor fit. Her sewing machine was never idle for long. Mom spent many hours teaching her daughters to sew, alter and correct their sewing “mistakes”.

Mom enjoyed cooking for and hosting family events, square dancing, gardening with Dad, and canning each year’s produce. She was proud of her flower gardens and indoor flowers. Mom’s African violets were always in bloom and her Christmas cactus never disappointed in their lush annual blooming display. She was a member of St. Thomas Catholic Church and the Gladstone Senior Citizens Club. Mom and Dad were active members in the Senior Citizens Club and participated in many of the trips and outings sponsored by club. She had a special place in her heart for her grandchildren, often taking the bus to Fargo or Grand Forks to visit them and cooking their favorite foods when they visited her. Mom also enjoyed doing jigsaw puzzles with Dad during the long North Dakota winters, along with word search puzzles and reading.

She was preceded in death by her husband, Jacob, her parents, and siblings and spouses: Charlie Godlevsky, Edmund Godlevsky, Gertrude Zimmerman, David Godlevsky, Albert Godlevsky and brothers-in-law, Maynard Wanner and Arnold Zimmerman. In lieu of flowers, memorials may be sent to St. Thomas Catholic Church.

The family wishes to thank the staff and nurses at Edgewood Hawks Point for the wonderful support and care they extended to Mom during the time she resided there. 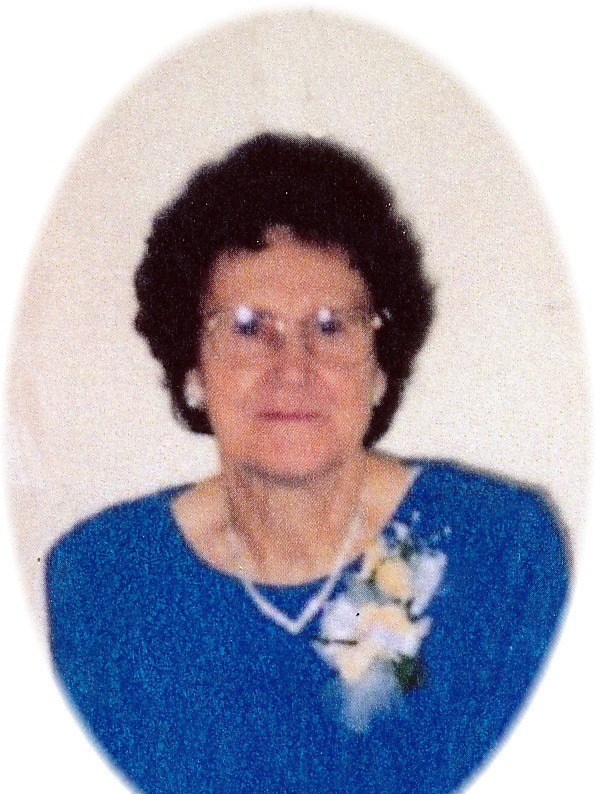