Patrick C. Williams, DVM, 88, or “Doc” to area ranchers, entered into his eternal life on Monday, July 25, 2022, after many health trials, with family by his side. Patrick’s Mass of Christian Burial will be at 10 a.m., Tuesday, August 2, 2022 at St. Wenceslaus Catholic Church, Dickinson with Fr. Robert Shea as celebrant. Military Honors will be provided by the Dickinson American Legion Post 3 Honor Guard. Interment will take place at Grandview Cemetery, Intake, MT. Visitation will be on Monday from 3 p.m. to 5 p.m. at Ladbury Funeral Service, Dickinson with a rosary and vigil at 5 p.m.

Patrick was born in Glendive, Montana on September 15, 1933. He grew up during the depression in the badlands of eastern Montana on the place homesteaded by his grandfather, where hard work and adversity were daily realities. His family farmed and raised cattle, but he most loved riding horses and in his younger days competed at rodeos in team roping. His heart was always at his family farm.

Patrick was drafted into the United States Army in 1954. He was stationed in Japan where he took the time to explore the country and learn about the culture. He returned to Montana when his active duty ended in 1956. Funded by the GI Bill, Patrick attended Montana State University in Missoula for undergraduate studies. While attending college, he met his future wife, Joan Drazich of Great Falls, MT. Patrick continued his studies at the College of Veterinary Medicine at Washington State University in Pullman, Washington. He earned his Doctor of Veterinary Medicine degree on May 31, 1964. Patrick and Joan married on July 18, 1964 at Holy Family Catholic Church in Great Falls, Montana. Patrick took a job at the Animal Clinic in Calgary Alberta, where part of the practice was working at the Calgary Zoo and the Calgary Horse Stampede. Patrick and Joan moved to Miles City, Montana in 1966 where Patrick worked at the Miles City Veterinary Clinic.

Patrick and Joan moved to Dickinson in 1967 where they opened up an independent practice and named it Dickinson Veterinary Service. Patrick enjoyed working with large animals and helping area ranchers with herd health management. For over 35 years he made visits to southwestern North Dakota farms to provide veterinary care to large animals and treated small animals in his East Dickinson clinic. His children recall tagging along on farm visits and helping out at the clinic. Patrick practiced veterinary medicine in Dickinson until his retirement in 2007.

Patrick was a member of St. Wenceslaus Catholic Church. He and Joan brought their children to Mass every Sunday and had them educated at the Catholic schools in Dickinson. He instilled a solid work ethic in his children. He loved visits from his family and teaching his grandchildren how to ride horse and play poker. Patrick enjoyed taking drives with Joan in his truck through the countryside, going to rodeos, talking to people, and telling great stories that will long be remembered.

He was preceded in death by his wife, Joan; an infant son, Terrance; his parents, Owen and Margaret; an infant sister, Kathryn; a brother, James; and a sister, Lois. 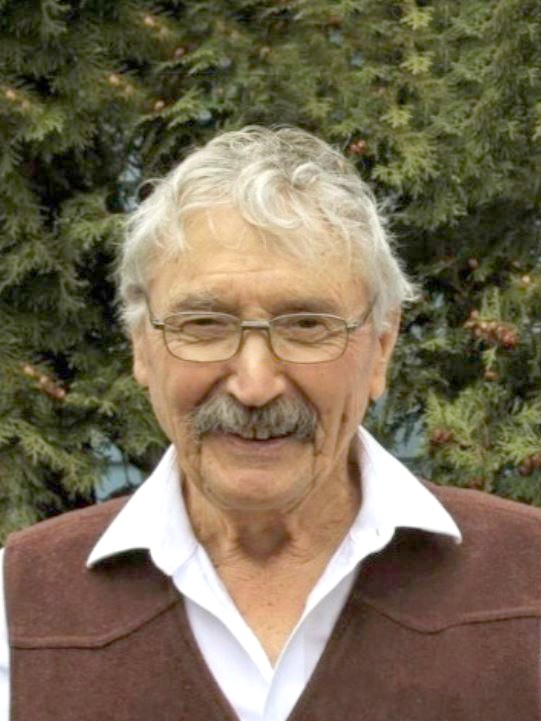