Elizabeth T. “Betty” Gregory, 77, South Heart died Wednesday, June 8, 2022 at Altru Health Care, Grand Forks. Betty’s Divine Liturgy will be at 10 a.m., Wednesday, June 15, 2022 at St. John The Baptist Ukrainian Catholic Church, Belfield, with Fr. Martin Nagy as celebrant. Interment will follow at St. John’s Cemetery, Belfield. Visitation will be on Tuesday from 5 p.m. to 7 p.m., with a Panakhyda at 7 p.m., at Ladbury Funeral Service, Dickinson. Visitation will continue one hour prior to the service at the church.

Elizabeth “Betty” Kanski was born on February 7, 1945 at St. Joseph’s Hospital in Dickinson, the daughter of John and Polly (Paluck) Kanski. She grew up on the family farm near Fairfield and graduated from Belfield High School in 1963.

She worked at St. Luke’ s as a nurses aid and then at St. Joseph’s Hospital as a ward clerk. Betty was united in marriage to Marvin Gregory on January 30, 1965 at St. Demetrius Ukrainian Catholic Church, Fairfield. After their marriage, they lived in South Heart and Belfield areas throughout the years. She worked on their ranch alongside her husband while raising their four children. In the early 1980’s, she went back to work at St. Joseph’s Hospital in the billing department for many years, then MBI in Dispatch and later at Dan’s Conoco.

Betty enjoyed baking and cooking her traditional Ukrainian foods such as 3 corners, kiesta and holopchi. She loved to fish, play cards and spend time with family and friends. Betty was a “Mother” and “Grandmother” figure to many, treating them as her own. She held a special place in many hearts. 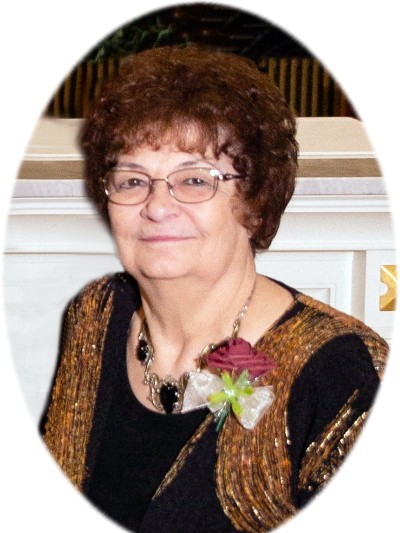