Reverend Father Damian (Leo) Dietlein passed away at Assumption Abbey in the early hours of December 30, 2022, attended by members of the monastic community. He was ninety years old, in his seventieth year of monastic profession, and his sixty-fifth year as a priest.

Born on June 16, 1932, to Peter and Regina (Heembrock) Dietlein, in Emmons County, ND, Leo Edward attended a one-room schoolhouse nearby, then spent four years in high school at Assumption Abbey. He followed his older brother Francis (Father Raymond) into the Benedictine community, receiving the habit and the name Damian on June 25, 1951. Adept as he was with farm equipment, it was clear from the outset that Damian was a man with a mind. As soon as he was out of the novitiate he was sent to St. John’s College, Collegeville, MN, where he earned a double major in philosophy and English literature in 1954. He made simple vows in 1952 and solemn vows in 1955. That same year he was sent off to Rome, where all classes were in Latin. In 1957 he received a Licentiate in Sacred Theology (STL) from Sant’Anselmo. He was also ordained to the priesthood. From the Biblicum he received a Licentiate in Sacred Scripture (SSL) in 1961. Returning to Assumption Abbey, he taught Latin and Greek in the high school and junior college, and Scripture and Dogma in the Abbey’s seminary. He was appointed prior in 1967.

In July of 1968 he took up teaching at St. Meinrad Seminary in Indiana. He eventually became a professional member of the American Academy of Religion, the Society of Biblical Literature, and the Catholic Biblical Association. He never stopped being a strapping farm boy, however, and returned to Richardton every summer to cut and bale hay on the Abbey farm. If he knew how to read books in Latin and Greek, he also knew how to repair a baler and swath hay, this in a day when priests did not soil their hands, and farm duties were handed off to the lay brothers.

In 1971 St. John’s University asked him to be on their team for designing a deacon program for married men. In 1975 he became chairman of the Personnel and Curriculum Committee at St. Meinrad. Nevertheless, he remained an Assumption Abbey monk. In October, 1975, he was doing promotional work for Brookside Winery-the Abbey’s source for altar wines-raising $80,000 for St. Vincent’s Hospital in Birmingham, and for that he was presented the keys to the city, along with Gordon MacRae. Damian did not know who Gordon MacRae was. MacRae was considerably irked by this.

Father Damian served as co-convenor for the Catholic Biblical Association for several three-year terms, and through the CBA he became aware of feminist biblical interpretation. He became a member of the CBA Task Force on Feminist Biblical Hermeneutics in 1989. Proof of his interest can be seen in the nearly three hundred feminist books he brought home to the Abbey library. Through the CBA he attended sessions all over the country. At St. Meinrad, he was, time and again, elected faculty moderator and served on many committees. He was associate dean and served as an academic advisor, faculty advisor for student self-evaluation, spiritual advisor to students, and dean-liaison for visiting Benedictine students. He developed a course on women in the Old Testament, another on women leadership roles in early Christianity, and mentored female students in the school.

In 1979, Abbot Lawrence asked Father Damian to return home to take charge of the Abbey Press, just when Damian-at the age of 48-had gained tenure. When Father Daniel Buechlein, OSB, President-Rector of St. Meinrad Seminary, (and subsequently archbishop of Indianapolis) learned of this he was flabbergasted. He begged for Damian to continue. Abbot Lawrence granted him a year. And then another year. And another. In all, he taught forty-seven years at St. Meinrad. He began teaching there at the age of thirty-six and retired in 2015 at the age of eighty-three. He was given emeritus status by Denis Robinson, OSB, President-Rector, and the Board of Trustees.

Back home in Richardton, Father Damian became a pillar of the Abbey community, attending all functions on time and faithfully, every day, and offering well-wrought and intelligent sermons. In 2017 he became administrator of the Abbey when Abbot Brian died in office.

In September of 2022, a CT scan showed a mass in his chest. Because he had become a member of the 90 Club-only the 10th person among all our Abbey history to become a nonagenarian-he refused chemo and chose only palliative care. He continued to attend Mass and the Divine Office up until three days before his death. Damian was grateful and expressed thanks for every tray carried for him, every procedure a Hospice doctor or nurse performed for him, and every consideration given him by his brothers. For life he was thankful and without complaint. His last hours were brave, full of hope for what lies beyond.

Damian was preceded in death by his parents, his four siblings and their spouses.

A Vigil Service will be held at 7:00 p.m. on Tuesday evening January 3 at Assumption Abbey. On Wednesday January 4 the Mass of Christian Burial will be celebrated at Assumption Abbey at 10:30 a.m. Mountain Time, followed by burial in the Abbey cemetery. 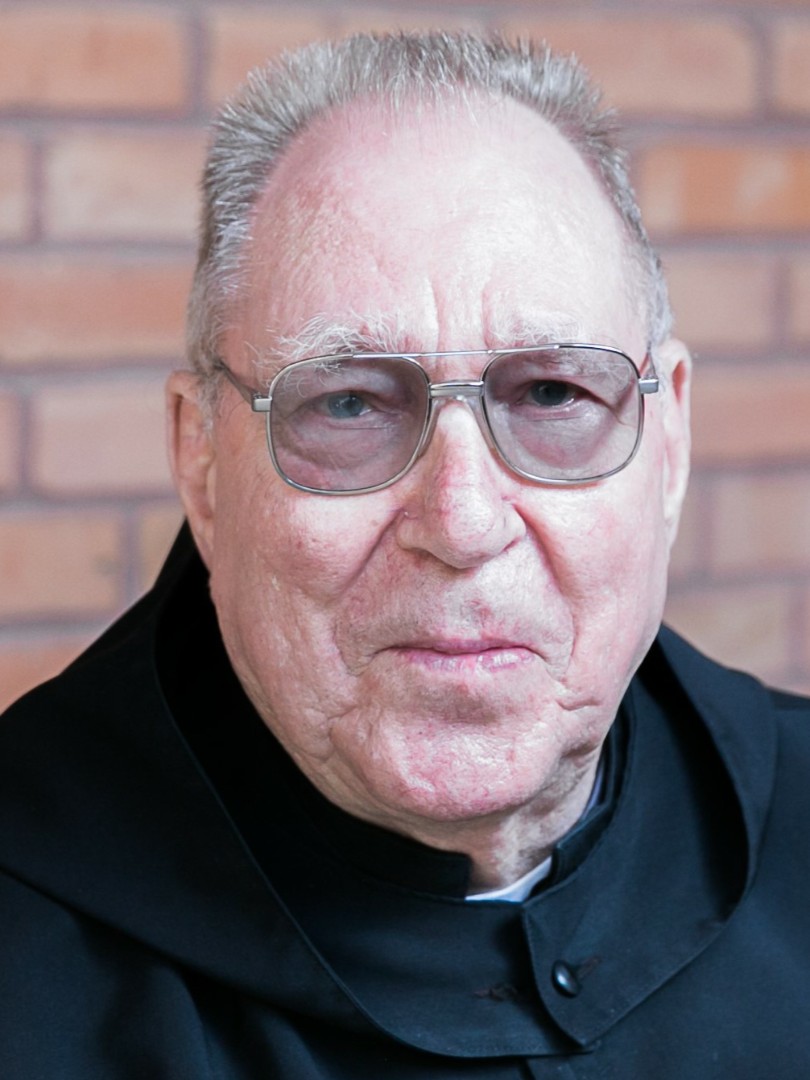