Francis (Fran) Joseph Bogner, 87, passed away suddenly at his beautiful home on Gilmore Lake in Minong, Wisconsin, May 19, 2022. Fran was born to Frank Joseph and Kathryn Dassinger Bogner of Gladstone, N.D., on November 3, 1934. Fran was preceded in death by his wife of 62 years, Marlease Beaudoin Bogner.

Fran grew up on the Gladstone family farm and graduated from his high school of nine graduates, then attended St John’s University to play basketball. Fran’s sole career of selling farm implement equipment started in his early twenties. In 1962 and with their fourth child on the way, Fran & Marlease left North Dakota and headed to Wisconsin. Fran saw opportunity in the farm states east of the Mississippi to grow his business. Fran and Mar were from large families and both were the first siblings from their respective families to leave the state of North Dakota.

Mass will be held at St Mary’s Catholic Church on July 11, 2022 in Minong, WI. Visitation with family and Friends 11 am, Mass 12pm followed by a Celebration of Life at the cabin immediately following the services.

Online condolences may be left for Fran’s family at www.bratley-nelsonchapels.com. 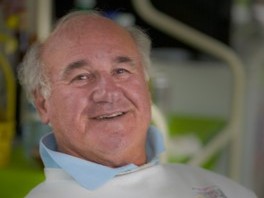