Fred Frank Reichert, 89, of Billings, Montana entered into eternal life and joined his wife in eternity on July 26, 2022 at Billings Clinic Hospital.

Fred was born November 12, 1932 in Hirschville, ND. He was the son of John and Eleanor Reichert. He was raised and schooled in North Dakota.

Fred enjoyed fishing, camping and working outside. He was one to always keep busy.

Fred was drafted into the United States Army from April 1953 through April 1955. After his discharge from the the military he began the hard life of farming in North Dakota.

Fred packed up his family in 1958 and moved to Montana to work in the beet fields. While living there he also drove dump truck in construction and worked for the GTA Elevator. He eventually moved his family to Billings, Montana in 1968 and this began a career in trucking and eventually he ended up buying trucks of his own.

After ending his trucking business, Fred began his own business in construction and worked for Exxon Refinery for the better part of 15 yrs.

He and his wife moved to Box Elder, South Dakota and managed a trailer court for a few years, but Billings was the place they longed to call home. After moving back to Billings he went to work for ABC Seamless from 1997 until 2003. For a man who worked hard all his life, retirement was still not a thought. Fred went to work for Guardian Security until the ripe old age of 79.

Fred, along side of his wife, were active in the VFW, Moose Lodge and Knights of Columbus for many years. He remained active in his church at St. Pius until the last year of his life when his health began to fail.

He is preceded in death by Agnes his wife, his parents, daughters Mary and Theresa, sister, Bernice, his brothers Robert and Earl, & grandsons William Reichert and Chuck Deines. 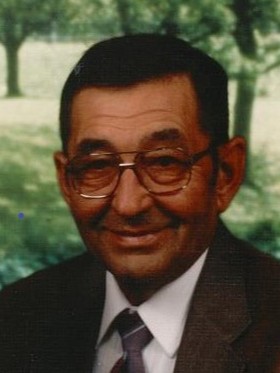