Funeral Mass for Gladys Spelevoy, of Bismarck, formerly of Manning, will be 11:00 am Tuesday, January 11, 2022 at St. Joseph’s Catholic Church, Killdeer, ND, with Father Joseph Evinger celebrating. Burial will follow at Killdeer Cemetery.

Our dear sweet generous mom left this world in the early morning hours of January 5, 2022, in Bismarck, North Dakota at the age of 92, but she will never leave our hearts. She was an avid reader who passed on her love of books to all three daughters. She sustained countless neighbors, friends, and family members with her “good-for-you care packages” of fresh vegetables from her massive farm garden but it was her “not so healthy but oh so good care packages” of homemade caramel rolls, poppyseed rolls, and Spudnuts that live on in our memories!

Gladys Irene was born on March 9, 1929 to William and Anna Bischoff Mahlmann at Fayette in Dunn County, ND. She was baptized 14 Apr 1929 at St. Edwards Catholic Church in Fayette, ND.

Gladys remembered that as a young child her dad made her work her math problems on a small blackboard in their home. She attended Prospect #2 school. She walked with her brother Freddy to school most days. She recalls that they seldom rode in the sled even on extremely cold days. In recalling the cold walks, Gladys said perhaps that is why she still has very cold toes! Sometimes, Gladys rode her horse “Beans”.

Since she was eight years younger than Marionette, she was left as her parents’ helper after the three older girls graduated from high school and were working. She had lots of responsibilities both helping her mother with the cooking, laundry and gardening and helping her father with the chores, especially caring for the cows and other farm animals. Gladys attended Killdeer High School for her freshman year. After her sisters, Elizabeth and Marionette, moved to Dickinson for employment, she moved with them and continued her high school education at Dickinson High School. She graduated in 1946. As many other members of the Mahlmann family in North Dakota and Wisconsin, Gladys became a teacher. At seventeen, after earning her teaching certificate, she started teaching at the Hecker school in Billings County. Her second and third teaching years were at Manning #2. She worked at the Registrar of Deeds for four months and then worked at the County Superintendent’s Office. She worked for two years at the County Treasurer’s Office. In addition, she served as a teacher’s aide and drove school bus in Killdeer.

Gladys married Ted Spelevoy at St. Edwards Catholic Church in Fayette on 20 Oct 1951. Ted and Gladys’ family continued to be members of St. Edwards until it closed in 1986.

After their marriage, Ted and Gladys lived on the Spelevoy family homestead for a few years. They later moved to their farm on Section 5 in Township 143, Range 97. Their farming was diversified with range cattle, milk cows, pigs and chickens. Crops of wheat and barley were grown. Straw was baled for bedding of cattle. Gladys always had a large garden and canned much of their food. Milk, butter and cream were provided from the milk cows. She was known for her seamstress abilities and was involved in sewing many cheerleading outfits as well as helping the Home Ec teacher sew her wedding dress. Gladys continued living on the family farm after Ted’s death on 28 Aug 2002. Illness forced Gladys to move to Bismarck in 2018. It wasn’t the farm, but Prairie Pointe provided a beautiful apartment to live in. The family is very grateful to the staff for their unending compassion and support. She spent some of the winter months with Eunice and Ron in Texas.

She was preceded in death by her parents, her husband, Ted, and her siblings, Katherine, Elizabeth, Fredrick, Marionette, and two infant siblings William and Martha.

Remembrances and condolences may be shared with the family at stevensonfuneralhome.com. 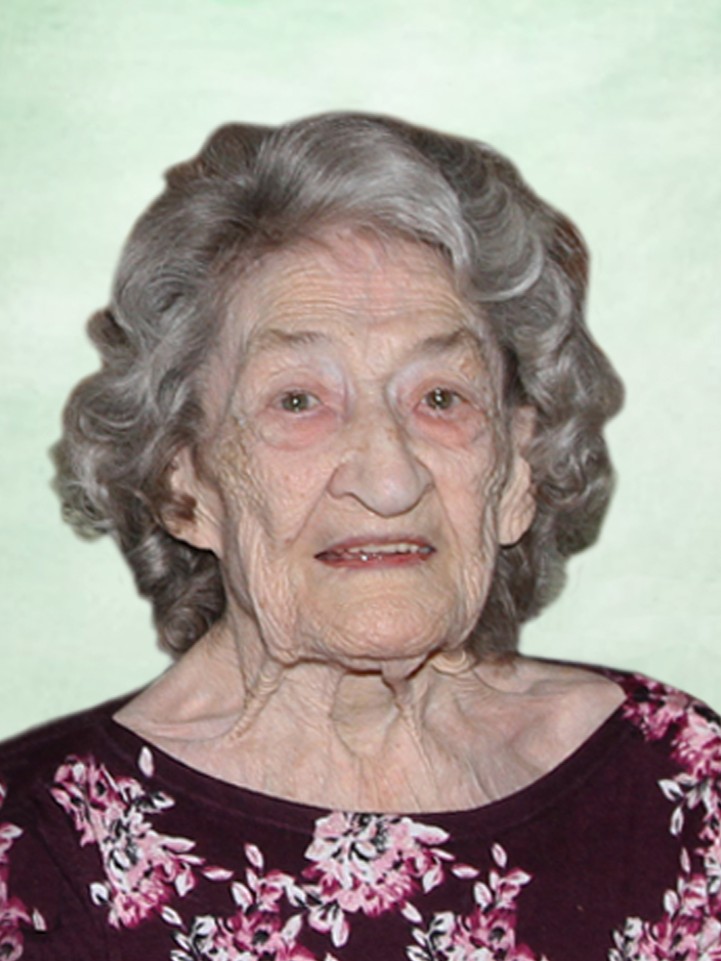