On October 14, 2021, Harold K. Sundgren, 83, went on his final journey from here on earth to his Heavenly home, a place he longed to be in for some time now. There will be a Committal Service with Military Honors for Harold at 11 a.m. MT, Friday, July 22, 2022 at the North Dakota Veterans Cemetery, Mandan. Following the committal service, please join the family for lunch and fellowship at 1 p.m. MT at Ladbury Funeral Service, Dickinson.

He was born to Thelma Jesse (Tapp) and Harvey Earl Janssen on December 1, 1937 in Great Falls, Montana. Harold spent his early years with his mother and grandparents, Jesse and Ethel Tapp in Great Falls. On June 5, 1947 his mother Thelma married Swen Sundgren, who then adopted him. His brother Alvin was born on June 24, 1953. Harold was able to go between the Sundgren farm by Chester, MT and his grandparents’ home in Great Falls, but he spent most of his growing up years with his Grandma and Grandpa Tapp, graduating from Great Falls High School in 1956.

Harold married Lila Swaby on November 30, 1958. Together they had three children: one daughter, Tami and two sons, Keith and Paul. In 1979, Harold moved to Dickinson to work for Harbison-Fischer, delivering parts to the oilfield. A job that fit him well, as one of his favorite things to do was go for a drive. His love of driving took him to many areas, cities and states; to see family, attend church camp meetings, attend musicals, or to see what was happening along the way. He married Marge Mann on November 26, 1983. His family then grew to include her 11 children and their families. Together Harold and Marge have 32 grandchildren and 45 great-grandchildren. One of the highlight’s of Harold’s life was traveling to Israel, where he and Marge visited many sites, with the Garden of Gethsemane being a highlight, as that is where Jesus prayed.

Music was also something he was passionate about. Harold was an accomplished musician and enjoyed playing the guitar and violin. He played with the Friday Night Gang for many years and then later with two friends, Marvin Enze and Ray Dukart — calling their group —The Old Timer’s. He enjoyed passing his music on to his kids and grandkids.

After Harold retired, he followed another passion, sharing the scriptures and meeting people’s needs when he became a pastor at Heights of Glory Church of God (2001-2011) and chaplain for St. Joseph Hospital (now, CHI). Harold enjoyed people and sharing the story of God’s redemption through his Son Jesus.

He also enjoyed fellowshipping over a meal or a good card game. When visiting Harold, you could always count on a good game of cards. Going out to eat was another one of Harold’s favorite things to do. You would arrive at his house, and he would say, “let’s go eat.”

Genealogy was another interest Harold extensively worked at, which led him in 1996 to find his ten half-siblings: (oldest to youngest): Robert, Jerome “Dane”, Terry “Mick”, Charles, Donna, William “Willy”, Diane, Debra, Denise and Donald Janssen. Born to Beverly Jane (Moore) and Harvey Earl Janssen — who passed at the age of 51 in 1988.

He was preceded in death by his grandparents, Jesse and Ethel Tapp; parents, Thelma and Swen Sundgren; and several aunts and uncles. Arrangements are with Ladbury Funeral Service, Dickinson, www.ladburyfuneralservice.com. 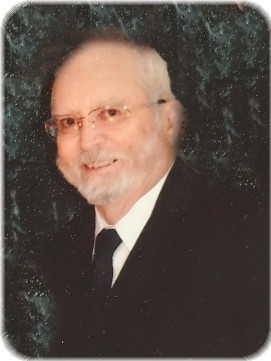