Irene was born on September 27, 1930, to Jacob and Magdalena (Schumacher) Piatz, in Bismarck. She attended school in Starkey Township. She married Eugene Horner on September 27, 1949. September 27 was a special day because they shared birthdays and their wedding anniversary. They lived on the Peter and Theresa Horner family farm near Burnstad for 27 years and then moved to Napoleon in 1976. She moved to the Napoleon Assisted Living in January 2019. She spent her time sewing, embroidering, and baking kuchen which her grandchildren and great-grandchildren loved so much, that they called her Grandma Kuchen. She crocheted over 1500 name doilies. She loved to play cards, especially playing May I with her grandchildren and competing for the May I trophy. 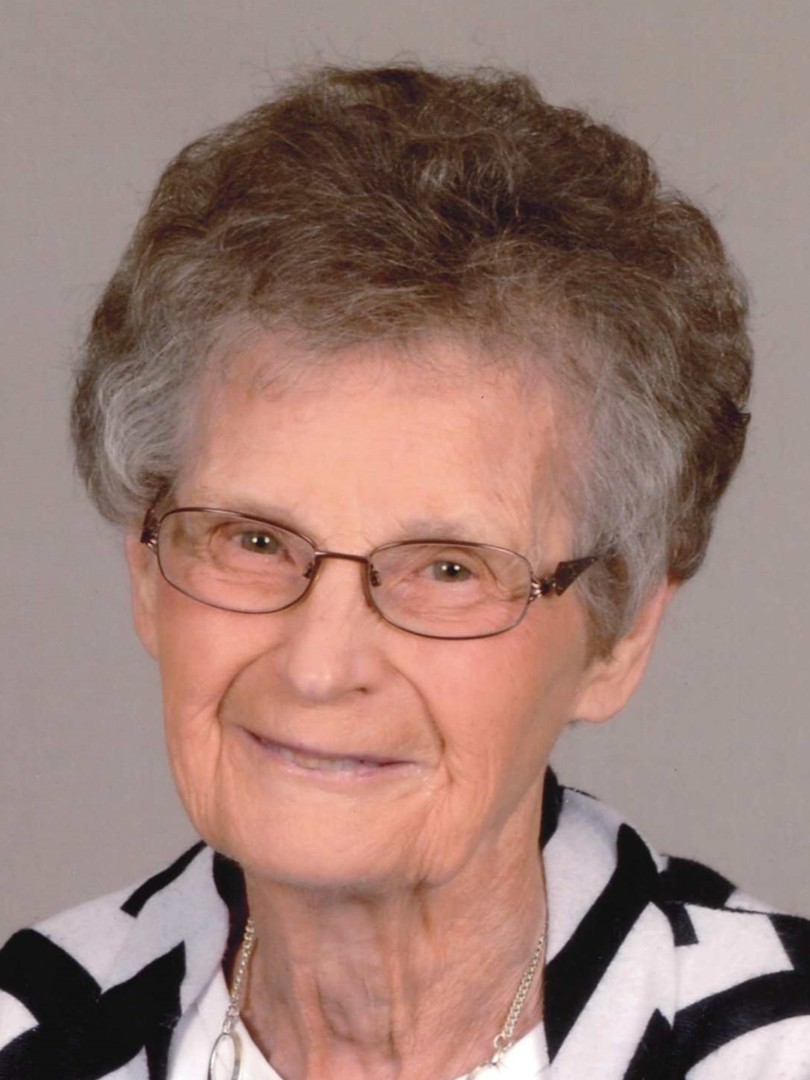