Our beloved Conrad passed through the veil shortly after his 70th birthday on Feb 24th 2022. He had 3 families in his life. His birth family, his adopted family, and his Church family not including his pet family. He is survived by 2 brothers, James Pankratz (Toni) and Hank Pankratz (Kathy) and many nieces, nephews and cousins. He made yearly trips out west to visit his cousins in western ND, with whom he made weekly or more contact with the entire year. Conrad’s Church family was centered around St Timothy’s and its choir in Blaine, MN. It was easy to recognize Conrad’s car there. He never went anywhere without his beloved dogs. Conrad was not a good singer but he wanted to be a part of something special. The choir not only took him in but also sheltered him in many ways (his quiet voice was a blessing). So did the entire church. Conrad struggled at times but was not afraid to ask for help. He was a survivor, and knew when he needed assistance. Conrad was small and frail but a very dedicated hard worker with a big heart willing to help others. He spent many years at Unisys, then at the Star Tribune, working there until his passing. Conrad had a way of endearing himself to others while asking for help. He never forgot a birthday and sent out hundreds of Xmas cards every year. On Facebook he had many friends and never failed to give likes, often associated with memes. He also loved to talk on the phone. He became friends with the city elders showing up in city offices regularly to visit. He also loved to dance and often volunteered at and visited all the senior centers. Conrad was preceded in death by his parents Kate and Karl Koffler, 2 brothers Kenny and Dave along with his beloved pets. There is a casket family burial at 10 am on the 10th of March at Morningside Cemetery with a special memorial mass at St Timothy’s on the 25th of March at 11 AM with a light lunch to follow. Conrad loved Reese’s peanut butter cups. We will make sure plenty are on hand. 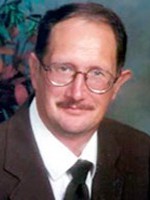