Liturgy of the Word for Louis “Louie” Hurt, 58, of Coeur d’Alene, Idaho, formerly of Killdeer, North Dakota will be 11:00 a.m., Thursday, July 14, 2022 at Stevenson Funeral Home in Killdeer with Father Joseph Evinger celebrating. Burial will take place in Oakdale Cemetery.  Louie passed away Monday, June 27, 2022 in Coeur d’Alene, Idaho.  Louie Owen III was born in Dickinson, ND on October 27, 1963, son of Louie and Mary (Monroe) Hurt. He was raised in Killdeer and graduated from Killdeer High School in 1982. Louie enlisted with the US Navy in 1986 and served for six years. Following his honorable discharge, he returned to the Killdeer area where he began his work in the oilfield and over the road trucking. In 2015, Louie made the move to Idaho where he began working as a plumber and continued to reside until his passing. He was very proud of his country and was patriotic to the core. Louie enjoyed camping, fishing and anything outdoors. He was also a skilled wood worker.  Louie is survived by his parents, Louis Jr. and Mary Hurt; sister, Patty (Jon) Tebelius of Bowdon, ND; numerous aunts and uncles.  He was preceded in death by his grandparents, Robert and Clara Monroe, Louis and Gladys Hurt; infant brother, Robert James; uncles, Dale Hurt, Marvin Schmidt, Francis Karel; cousins Dan Karel and David Warner Jr.  In lieu of flowers, Louie’s family suggests memorials be made to a Veteran organization of your choice. Remembrances and condolences may be shared with the family at stevensonfuneralhome.com.  Arrangements by Stevenson Funeral Home 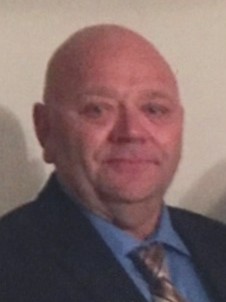