Raymond Olrich “Ray” Karsky, 88, Dickinson, died surrounded by his loving wife and family on Sunday, July 10, 2022 at Sanford Medical Center, Bismarck. Ray’s Mass of Christian Burial will be at 10 a.m., Saturday, July 16, 2022 at Queen of Peace Catholic Church, Dickinson with Msgr. Thomas Richter as celebrant. Interment will take place at St. Joseph’s Cemetery, Dickinson. Visitation will be from 3 p.m. to 7 p.m. on Friday at Ladbury Funeral Service, Dickinson with a rosary and vigil at 7 p.m. with Deacon Leonard Krebs presiding. Visitation will continue one hour prior to the service at the church on Saturday.

Ray was born on January 17, 1934, in Dickinson to Louis and Agnes (Ridl) Karsky. He lived on the family farm west of Dickinson with his brothers and sisters throughout his childhood which is where his hard and dedicated work ethic started. Ray married Darlene Koppinger on May 6, 1957 at St. Elizabeth Catholic Church in Lefor. Ray and Darlene have been members of Queen of Peace Catholic Church since it started in 1973. He was involved in the church choir for many years and although he was unable to attend mass the past few years, he watched the Corpus Christi mass every Sunday on TV. Darlene can’t remember him ever missing a day of saying rosary.

Ray attended school at New Hradac at Sts. Peter and Paul and later went to Model High School for a short time. He ended up needing to quit because grandpa Karsky got MS and Ray took over the family farm at that time.

Ray spent 13 years at Baker Boy and after he left there, he and Darlene milked on the dairy farm together and raised the kids while they went through school at South Heart. Later they spent the next 20 years doing dry wall and Ray retired in the 90s.

Ray was preceded in death by his parents, Louis and Agnes; brothers, Richard, David, Lawrence, and Alvin; and sister, Martha Koppinger.

We little knew that day,

God was going to call your name.

In life we loved you dearly,

In death, we do the same.

It broke our hearts to lose you.

You did not go alone.

For part of us went with you,

The day God called you home.

You left us beautiful memories,

Your love is still our guide.

And although we cannot see you,

You are always at our side.

Our family chain is broken,

And nothing seems the same,

But as God calls us one by one,

The chain will link again.

You were a great husband, dad, grandpa, friend. We will miss you and see you again soon….now go play some pinochle. 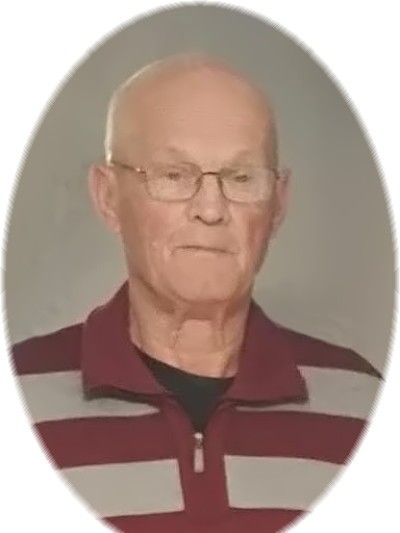