The Reverend Michael Voytek and family are grieved and saddened to announce that their beloved son and brother Timothy John Voytek passed away of natural causes at age 25 in Bellflower, California where he lived. Besides his parents, Michael and Rebecca, Tim leaves behind four siblings, Joshua, Tabitha, Abraham, and David.

As the youngest son of a pastor, Tim’s life was full of transitions. From his birth in San Diego, California, to his early childhood in Minot, North Dakota, and later childhood and adolescence in Lodi, California, he always found a way to adapt to new places. A final move to Los Angeles, California, brought a now teenage Tim to the place that would become his adult home.

Tim’s passion for the arts, and especially for music and drama led him to pursue a degree in theatre arts at California State Long Beach. But as the life of an artist is not one which is easy to live on, Tim supported himself with his longstanding employment at The Cheesecake Factory where he worked his way up from dishwasher to bartender. Tim also shared a passion with his siblings for the outdoors including a fondness for hunting, fishing, and hiking. Tim will be greatly missed by all who knew and loved him.

An open house to celebrate Tim’s life will be held at Grace Reformed Church located at 229 3rd Street West on Friday, February 25 from 3PM-6PM. Flowers can be sent to the Voytek residence at 792 9th Ave West to be brought to the church as part of our celebration. 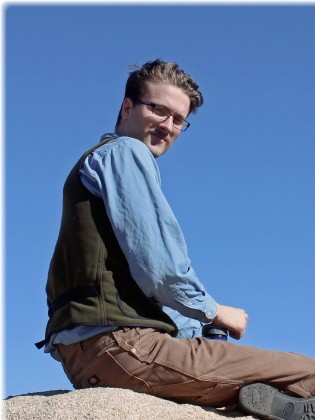